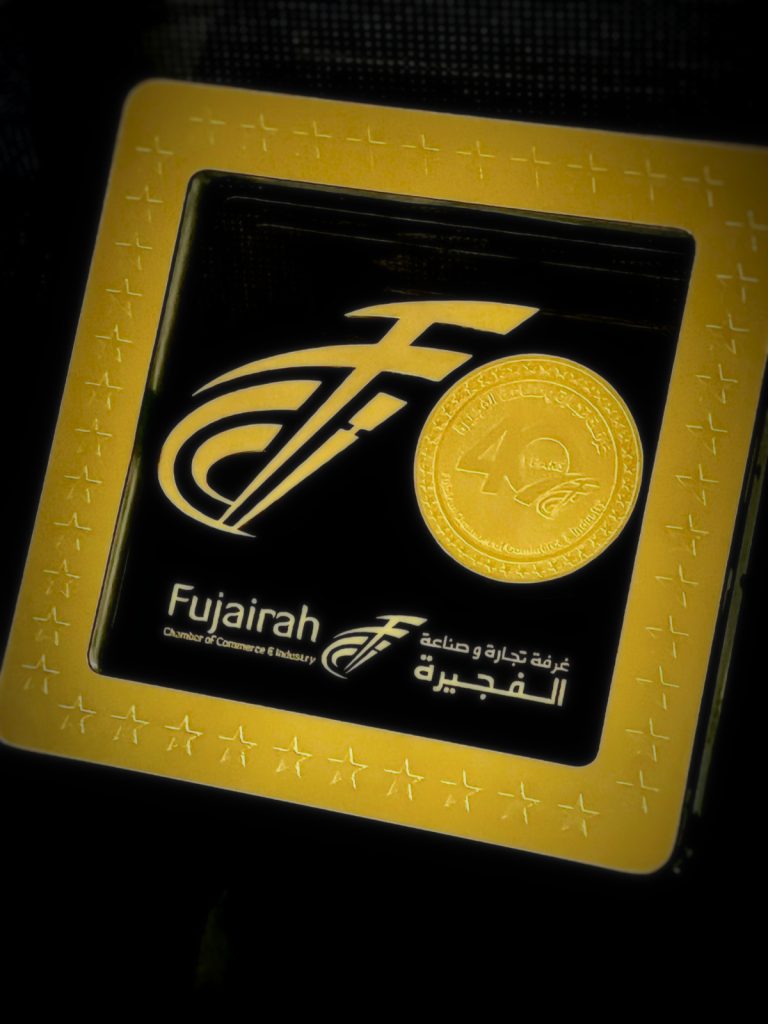 Umm Al Quwain Chamber of Commerce and Industry participated with its counterpart the Fujairah Chamber of Commerce and Industry in its celebrations marking the 40th anniversary of its establishment and congratulated it on the successes it had achieved. Fujairah Chamber by concluding agreements and memoranda of understanding to serve the common strategic goals, and everything that would advance economic development and serve the business community in the country, and in conclusion, Umm Al Quwain Chamber thanked for this honor and wished  Fujairah Chamber more progress and prosperity. 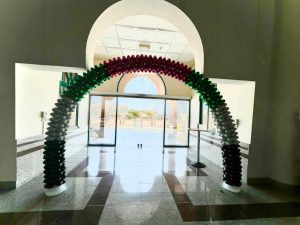 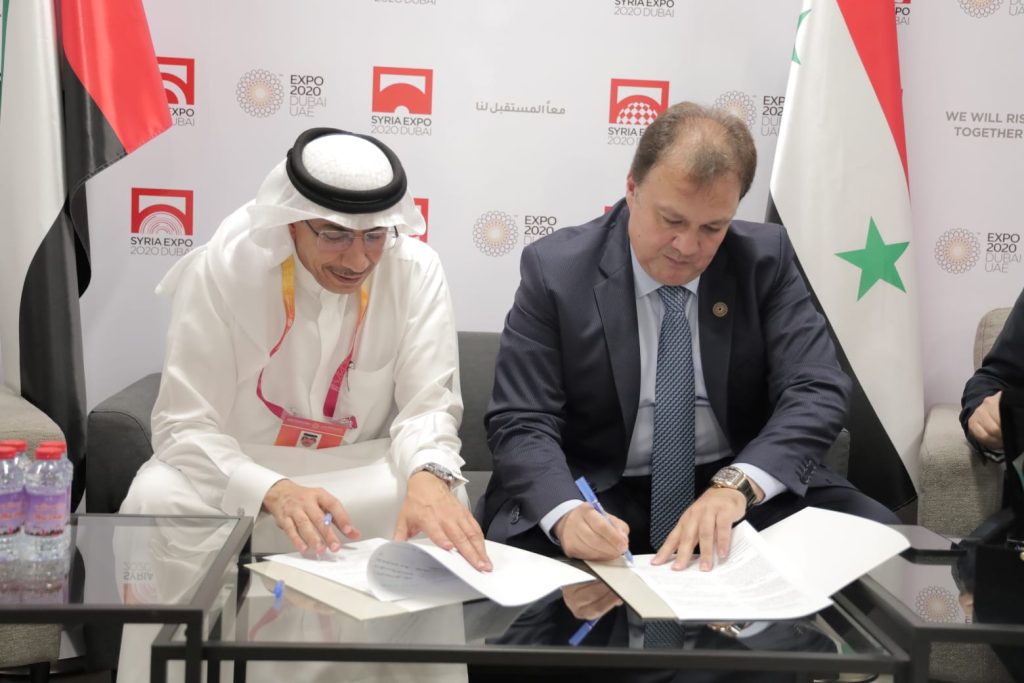 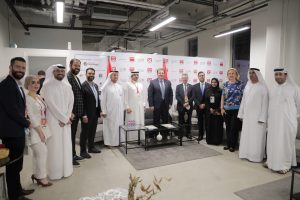 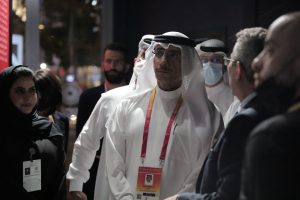 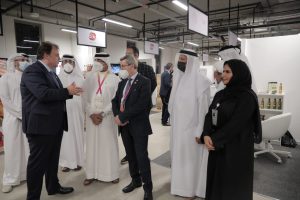 UAQ Chamber of Commerce and Industry signed a cooperation agreement with the Syrian-Emirati Business Council in the activities of the World Expo 2020 in Dubai. The signing of the agreement stems from the two sides’ awareness of the importance of strengthening, documenting and developing mutual relations of cooperation in order to develop economic and trade relations between their members, and to provide everything that serves the business environment that supports them as a global system of positive partnership, transfer of experiences, best practices, investments and mutual partnerships.
The terms of the agreement cover commercial, industrial, agricultural and urban cooperation with sustainable development, real estate development and renewable energy. Between Umm Al Quwain Chamber of Commerce and Industry and the Syrian Business Council.
The agreement was signed by His Excellency / Khalfan Ahmed Misfer – Chairman of the Board of Directors of Umm Al Quwain Chamber of Commerce and Industry, and His Excellency / Muhammad Ghazwan Al Masri – Chairman of the Syrian-Emirati Business Council. 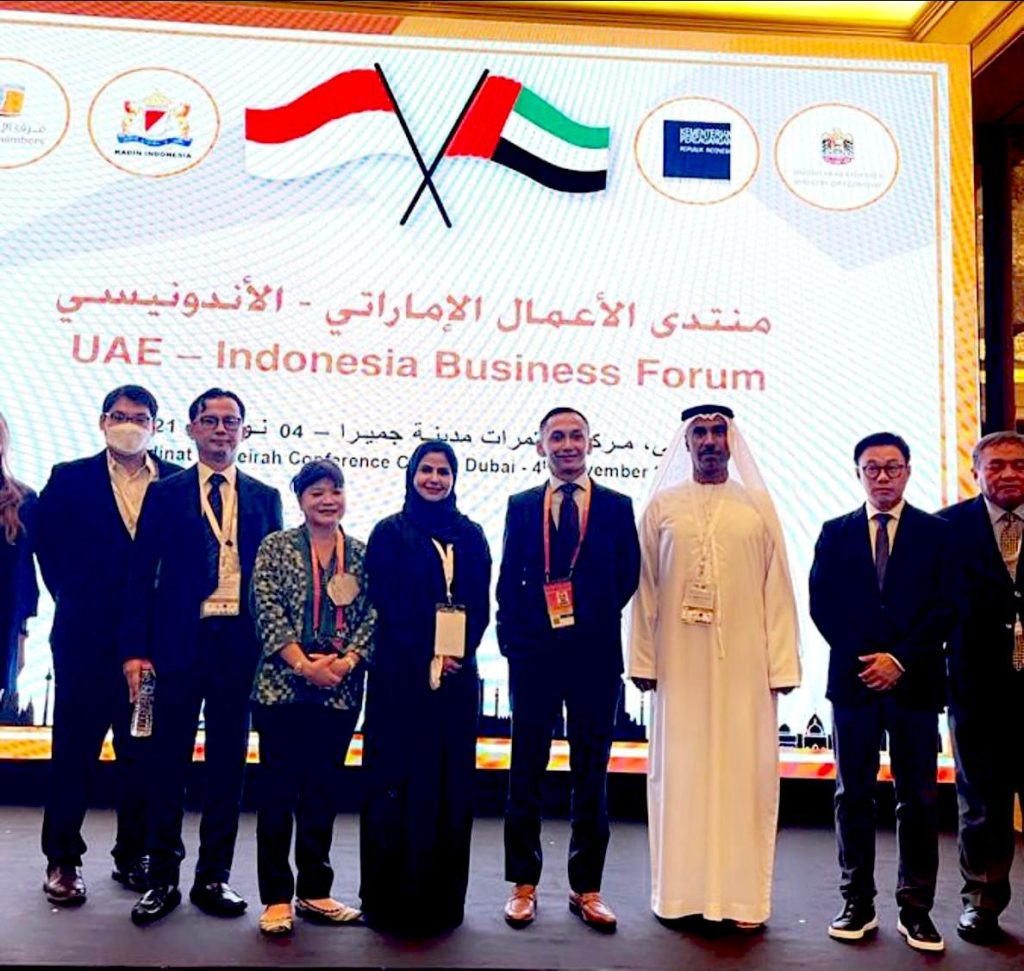 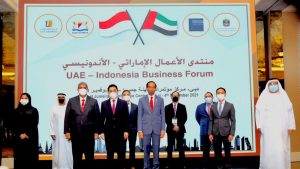 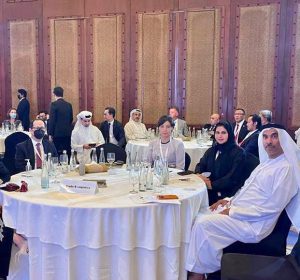 A delegation from the Umm Al Quwain Chamber of Commerce and Industry participated in the Emirati-Indonesian Business Forum, which was held on Thursday, November 4, 2021 in Dubai, which included bilateral meetings between business owners, investors, heads and managers of companies from both countries in many sectors such as industry, energy, infrastructure, food, agricultural and others. …
The meeting included the participation of the Ministry of Foreign Trade of the two countries, the Emirates Chambers and the Chamber of Indonesia, and the most important areas of cooperation were presented. A memorial photo was also taken with the Indonesian President and the announcement of the launch of the Emirati-Indonesian business.
His Excellency / Abdullah bin Hamed, a member of the Chamber’s Board of Directors, and His Excellency / Aisha Laitim, a member of the Chamber’s Board of Directors, Chairman of the Umm Al Quwain Businesswomen’s Council, and a member of the Entrepreneurs Committee in the Chamber, Mr. Hamid Abdullah bin Hamed, participated in the Chamber. 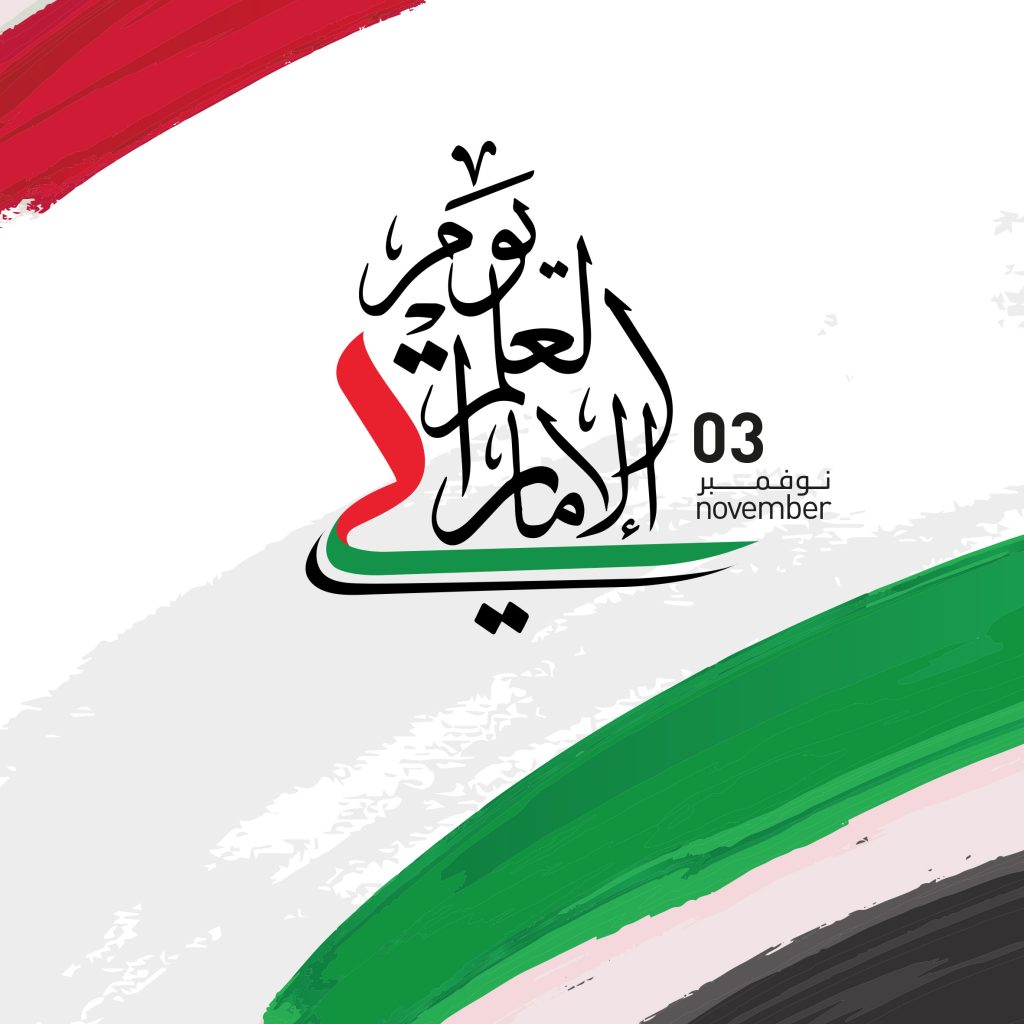 I am pleased and honored to extend my highest congratulations and blessings to His Highness Sheikh / Khalifa bin Zayed Al Nahyan, President of the State and to his brother, His Highness Sheikh / Saud bin Rashid Al Mualla, Member of the Supreme Council of the Union, Ruler of Umm Al Quwain and their brothers the rulers of the Emirates and to all the people of the Emirates on the occasion of the Flag Day Emirates 2021.
Since the flag was raised in the Emirates for the first time on December 2, 1971, during the celebrations of the UAE National Day, in which the establishment of the union of the United Arab Emirates was announced by the late Sheikh Zayed bin Sultan Al Nahyan, may God rest his soul, declaring him the flag of the United Arab Emirates. As an independent, sovereign state, achievements flowed to embody the best forms of giving and success. The giving of this great state was not limited to its citizens only, but its giving touched everyone who lived in it.

The Flag Day has become a national occasion celebrated by the United Arab Emirates, after the announcement of His Highness Sheikh / Mohammed bin Rashid Al Maktoum, Vice President and Prime Minister of the UAE and Ruler of Dubai, in the year 2013 to allocate the third of November of each year as a flag day, where the UAE is decorated The United Arab Emirates on this occasion in the colors of the UAE flag.
The celebration of Flag Day this year coincides with the country’s celebrations of its fiftieth year, as this occasion embodies the feelings of unity and peace among the people of the Emirates, enhances the sense of belonging to the homeland and consolidates the image of the Emirates, in addition to providing an example of the manifestations of cohesion among the people of the country. The UAE Flag Day is a dear and precious occasion of great value in Souls, it makes the spirit wander with joy and pride that it belongs to this luxurious country and this authentic flag and on this day the flags flutter over every Emirati house, and activities and events are held by the state represented by its government, people and residents as an expression of the extent of love and loyalty to the Emirati leadership.

When the Emirati people celebrate the UAE flag, they celebrate a flag crafted by the hand of dignity, glory and pride, which fluttered in the fields of honor, and proved that the flags have prestige, dignity and loftiness. Giving and tolerance is the flag of our beloved country, embroidered by the hand of glory and drawn by the eyes of dignity, pride and pride. To her, that this day summarizes the story of a people and a country that has taken upon itself to be at the forefront, and to keep the banner raised high, reaching for the sky, turning only to glory, with the will of God and the determination of the sons of Zayed. For the determination and people, the UAE flag lived high, its mast did not bend or relent, and the Emirates lived a free and proud country that everyone dreamed of being part of Ha and to belong and belong to it. memorandum was signed on behalf of the Chamber by His Excellency Yousef Tahnoun, Vice President of Umm Al Quwain Chamber, and His Excellency Jinju Zhong, representative of the Dragon Mart Chamber. 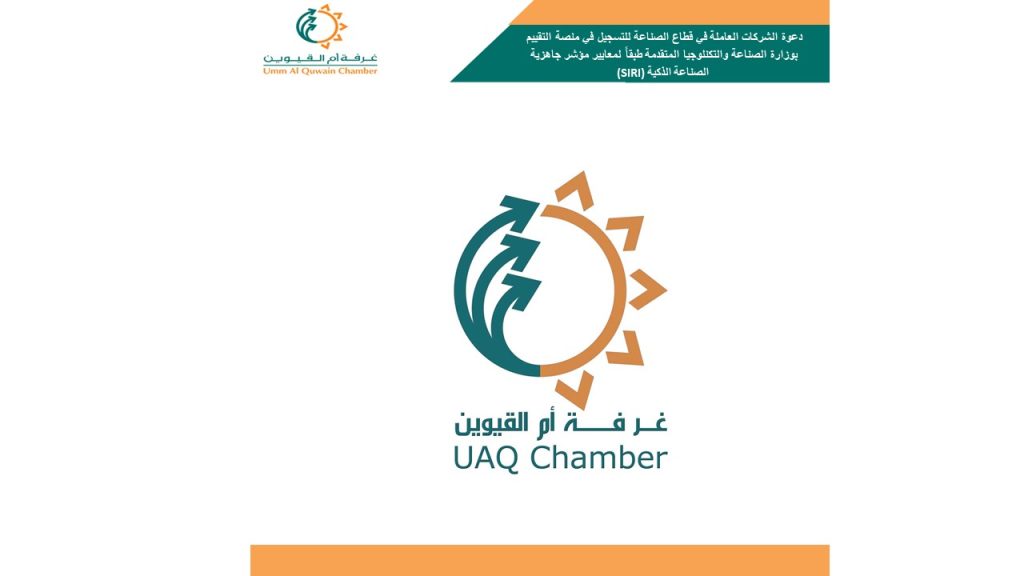 We are pleased to send you the electronic link provided below for inviting companies operating in the industrial sector to register on the Ministry’s evaluation platform in accordance with the criteria of the Smart Industry Readiness Index:https://bit.ly/3Ee94J2

For more information, please contact the Ministry through the following means: 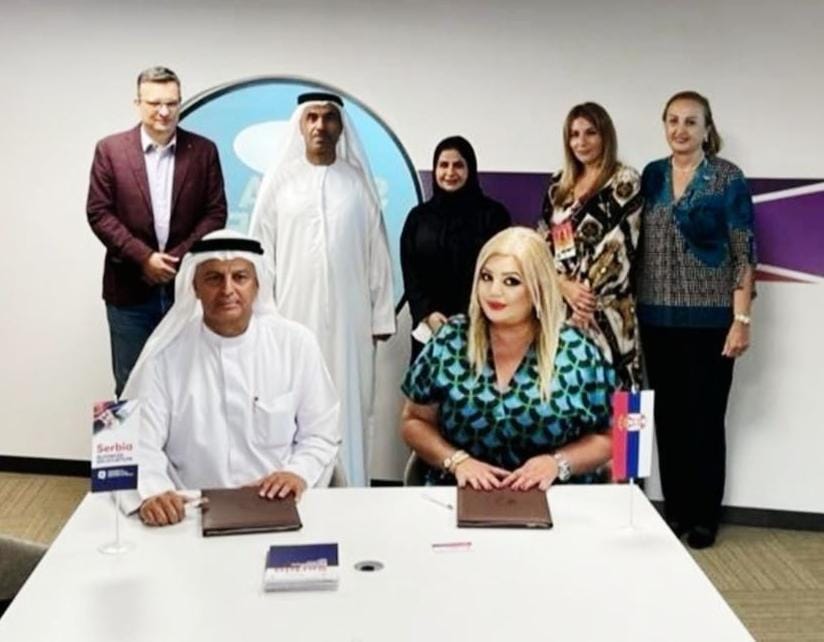 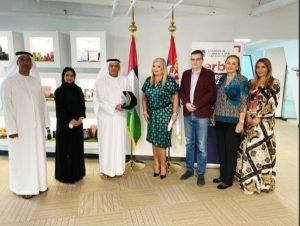 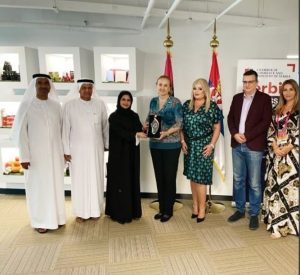 The memorandum aims to exchange experiences, develop entrepreneurship, and support women’s, youth and social entrepreneurship.
The two parties expressed their full readiness to implement the memorandum of understanding and its provisions to ensure the improvement of the quality of work. 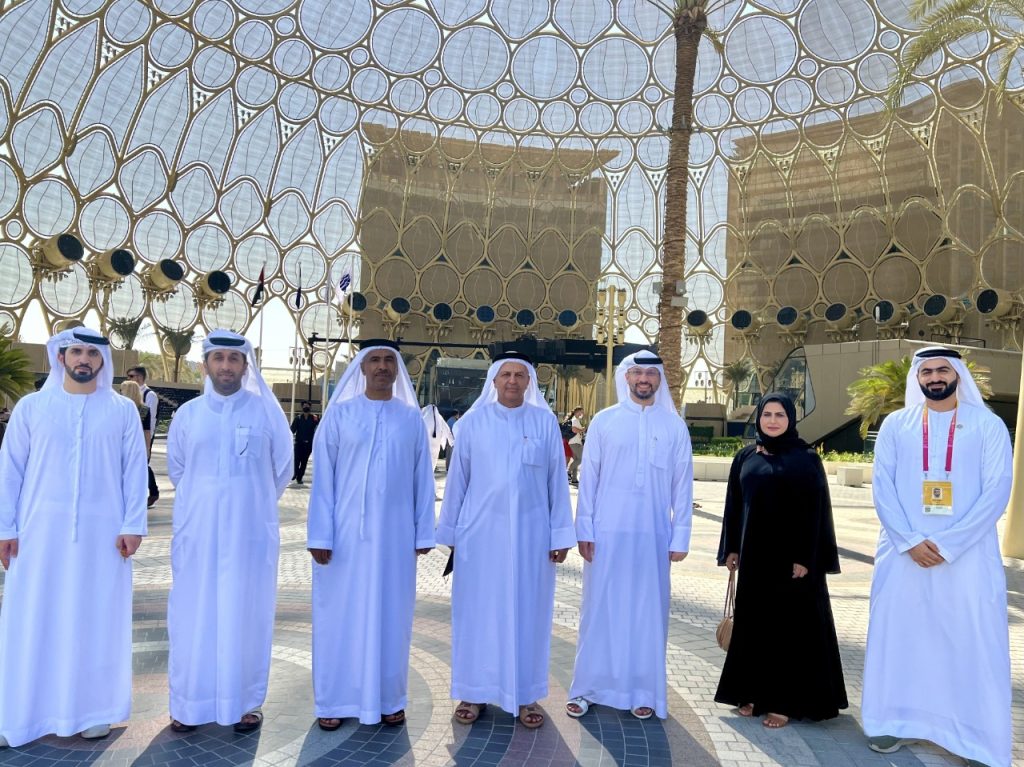 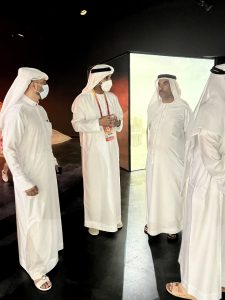 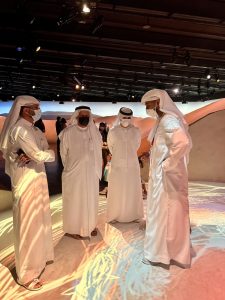 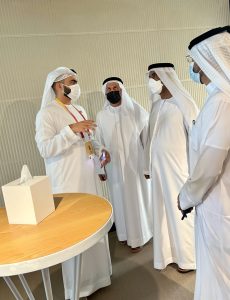 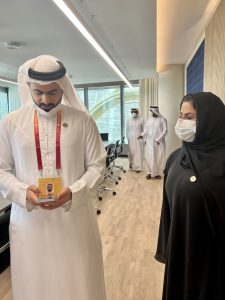 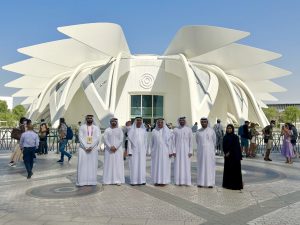 A delegation of the Umm Al Quwain Chamber of Commerce and Industry visited the Expo 2020 exhibition and the business center accompanying the exhibition, within the framework of strengthening cooperation between official authorities and achieving the Chamber’s responsibility to support the efforts made for the exceptional preparations in which the country dazzled the world.
The delegation visited the Emirates Pavilion, which was designed in a creative way to tell the story of the Emirates, “the home of dreams and achievement”, and provides a comprehensive idea of ​​the Emirati culture through a variety of heritage shows that enable the visitor to get acquainted closely with Emirati folklore, the characteristics of the Emirati environment and the inspiring personalities that contributed to shaping the features of a success story. UAE.
The delegation also visited the pavilion of the Kingdom of Saudi Arabia to get acquainted with the most important axes of the Kingdom’s renaissance and to learn about its past and present, and its ambitious vision for the future through creative content that reflects the cultural richness of the Kingdom with its heritage, nature and diverse society. The delegation was acquainted with the ambitious future plans of the Saudi Vision 2030.